Welcome to the second

edition of Super Hero Time! The series that tribute my favorite morphed superheroes. This time we'll be taking a look at another Japanese hero series and a series that may sound familiar to a few of you. So let's get right down and take a look at...
Kamen Rider W.
Now before I begin talking about this series one thing I have to say to avoid confusion is that this series Kamen Rider goes by two different ways in saying his name, one; the Japanese calls him Kamen Rider Double and two; the Americans and English call him by Kamen Rider W. (Not sure if I got that right, but if I have let me know if you've watched the series and know more about it.)
In the ecologically-minded city of Futo, (Or The Wind City) there are many windmills and the people live in harmony. However, the Sonozaki Family sell mysterious devices resembling USB flash drives called Gaia Memories to criminals and other interested parties who use them to become monsters called Dopants, committing crimes with the police force powerless to stop them. To make matters worse, the Gaia Memories carry a dangerous toxin that cause their users to go insane to the point where they could die from the life-threatening devices. After the death of his mentor and boss the self-proclaimed hard-boiled (actually half-boiled) detective Shotaro Hidari takes his place and with him is his partner the mysterious Philip, who possesses the true Gaia Memory, to investigate crimes which involve Dopants. Using their own Gaia Memories, Shotaro and Philip use the Double Driver belts to transform and combine into Kamen Rider Double to fight the Dopant menace and keep Futo safe. Later during the series they are joined by investigator Ryu Terui, who transforms into Kamen Rider Accel. I will say this before I continue this series is very good, but for what it is the comedy in some places can be good at times but then again, the comedy does sometimes comes out of left-field. But it still a very good series and I had fun watching it. Also I forgot to mention in my last tribute in my Gokaiger review to talk about the theme song for the series. So here the link to Kaizoku Sentai Gokaiger's theme song; And before you say anything, yes he does look a little ridiculous but, he has three other forms...
Kamen Rider Accel Trialis the powered up form of Kamen Rider Accel. This form is significantly faster than Kamen Rider Accel's normal form, but sports weaker armor and overall power. It is more than enough to make up for its weakness by being able to punch and kick at blinding speeds, as well as increasing his overall movement speed (running, dodging, etc.) to a great degree. Once the Maximum Drive is initiated, Kamen Rider Accel Trial can only be used for another 10 seconds before being forcibly reverted to human form, but the transformation is retained if the Trial Maximum Drive is successfully executed within 10 seconds. The blue one is Accel Trial and the yellow colored form has been labeled as Kamen Rider Accel Yellow Signal Version. Oh! Did I also mention this guy can turn himself into.... Now that the Riders are out of the way I would talking about the villains at this point, but I'm going to do it as a whole mainly because their a family.
The Sonozaki Family.
Oh don't let that innocent photo fool you because...
Well... need I say more, kids? Oh and yes that cat the old man was holding is the creature at the bottom of the photo. 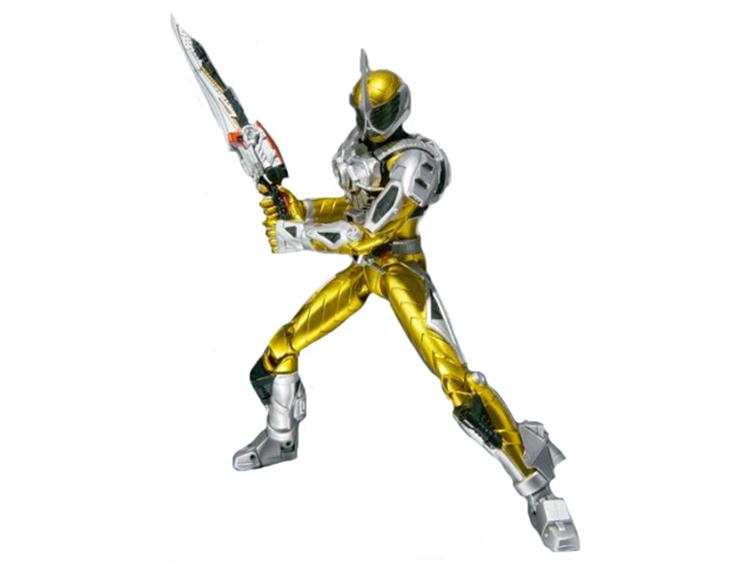 They are an aristocratic family in Futo who founded the organization known as the Museum. When his son Raito (plot point there for you guys to find out.) died and was reborn as an avatar of the true Gaia Memory, Ryubee (the old man on the right and the one with the blue... head.) used his organization to produce and distribute the Gaia Memories in the criminal underworld, resulting in the Dopant crime waves. This enabled the Museum to follow through with the Gaia Impact. With the exception of Raito and Fumine, each member of the Sonozaki Family owns a special Gaia Memory, called Gold Memories, allowing them to assume Dopant forms with the use of a prototype Gaia Driver belt which prevents the Gaia Memories from corrupting their minds, though it comes with the cost of unable to use these Memories at full power, but that does not seem to inconvenience them in any way.
I will not spoil anymore because I really do recommend this series to be watched, because believe me... you don't want to miss it. Oh! And I'd be buggered not to mention...
portrayed by
He is the leader of NEVER who fights with only a combat knife as his side arm. As revealed in 'The Beginning of N/Blood and Dream', Daido was born in Futo with a congenital heart defect. As a result, combined with a near fatal car crash, his mother Maria used her Necro-Over project research to revive her son as the first Necro-Over. Using bio-stimulants to enable him to properly age, Daido proved a superior fighter yet he and his mother turned against Foundation X (A organization who funded Sonozaki Family.) after the Necro-Over project is rejected. Soon after, he recruits four people who recently died and were revived as Necro-Overs, forming a band of hired mercenaries. During one of their missions, Daido meets Mina and falls in love with her. During that time, Daido gains the experimental Eternal Memory and is able to transform into...

However, being forced to watch Mina seemingly die before his eyes turns Daido into an completely unfeeling monster as he kills Doctor Prospect (The main bad guy for his movie back story), with the Eternal Memory getting damaged in the fight. Deciding to destroy Futo to wipe out the Museum, Daido serves as the main antagonist for 'W Forever' and uses the T2 Eternal Memory to regain his Kamen Rider form. After his plans are thwarted by the combined efforts of Shotaro, Philip, and Maria, Daido utilizes all 26 T2 Gaia Memories to overpower Double, but is defeated and slain by CycloneJokerGoldXtreme (The golden wings form I mentioned earlier). Long after their battle with the Museum ends, Shotaro and Philip learned the truth behind Daido's actions and pay their respects. And yes, this character became very popular that he alongside Accel got his own movie back story. And he is... A FUCKING BADASS!!!
That concludes my tribute to Kamen Rider W(Double) a lovely, and fun series full of fun, drama, cute and banter moments. A series I really do think is worth looking into and watching.
Join me next time for....
Oh yes! Power Rangers, and not just that we'll be going back to the series that started it all... 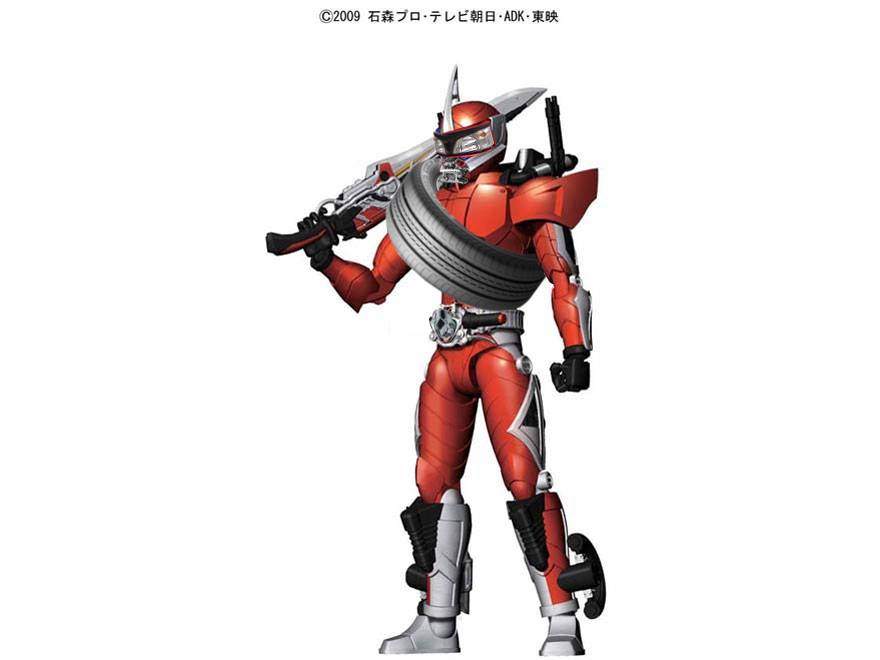 Despair awaits you at the finish line