Written and directed by Scott Cooper (Crazy Heart, Black Mass), Hostiles is a kind of throwback, an almost 70s-style western take on Joseph Conrad’s Heart of Darkness. Christian Bale plays Captain Joseph Blocker, a war-weary U.S. Cavalry officer assigned to escort a dying Cheyenne chief (Wes Studi) and his family back to their ancestral home in Montana in 1892 as a gesture of goodwill. But the road is not easy. Along the way, they find a woman named Rosalee (Rosamund Pike) whose entire family has been killed by a Comanche raiding party. After burying them, she joins the traveling party but there’s obvious tension with the Cheyenne among the group. Cooper must manage this, not to mention the personalities of his men and his own strong emotions, all while attempting – and often failing – to get them safely to their destination.

Hostiles is a dark but ultimately hopeful take about the horrors of war and their impact, about pain, humanity, and forgiveness, one that shows the new Americans and the native ones alike in both their worst and best lights. It’s the ways in which these characters deal with such harsh circumstances, and with each other, that form the beating heart of the film. Significant pains have been taken to depict the time period and the cultures accurately, to the point of bringing in native and historical consultants at every step. Cooper’s story is a bit clichéd and predictable, which is always a risk in this genre, but there’s an authenticity and emotional honesty here that really shines through. The acting is first-rate by all involved, even in the smallest parts, and the cinematography by Masanobu Takayanagi (whose work includes Black Mass, Spotlight, and Silver Linings Playbook) is stunning, capturing the western landscape in ways that evoke the best examples of this genre while adding a fresh perspective to the mix.

Hostiles was shot exclusively on 35mm photochemical film, using Arriflex and Panavision cameras with anamorphic lenses, and was finished as a native 4K Digital Intermediate. It’s been given an HDR10 color grade and is presented here on Ultra HD Blu-ray at the proper 2.40:1 theatrical aspect ratio. This is a gorgeous image, with refined texturing and detail, and a highly cinematic character. Grain is light and organic, and the anamorphic lenses give a crispness to close-ups while pulling the edges of the frame just slightly out of focus depending on the light. The result is lovely nuance and dimensionality. Colors are intentionally pushed toward the warm but are natural and accurate. The HDR really enhances both the darkest and brightest areas of the frame; shadows are ink black and yet detailed and the highlights all have satisfying intensity.

Audio is included on the 4K disc in an English 5.1 DTS-HD Master Audio mix that offers fine clarity and dynamic range, with a wonderfully wide soundstage and a tremendous sense of spaciousness. Dialogue is crisp and clean at all times. The surround panning is smooth and natural, with lovely atmospherics, and the LFE packs a punch with every gunshot. All of this is even more impressive when you consider that this is, first and foremost, a dialogue-driven film. English Descriptive Audio is also included, as are optional subtitles in English SDH and Spanish. The 4K Ultra HD disc includes only one special feature, but it’s a good one (in 1080p HD): 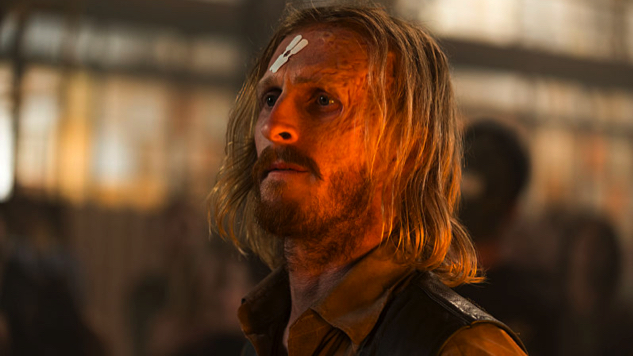 This is an unassuming and surprisingly candid “making of” in three parts (Provenance, Removing the Binds, and Don’t Look Back) with a “play all” option. Thankfully, it’s no fluff piece or EPK filler. The documentary gives many of its cast and crew members a voice, not just the stars but the background players as well. It’s clear that this was a passion project for Cooper and, to his credit, he seems to have gotten absolutely everyone involved to buy in wholeheartedly – in the end, that’s really why this film works as well as it does. Of course, the package also includes a Blu-ray Disc with the film in 1080p HD and the same documentary. There’s also a Digital Copy code on a paper insert. Hostiles is a nice surprise, a tough row to hoe emotionally, but also a rich and ultimately rewarding film experience. This is a western with a somewhat familiar story, but its characters – and particularly their complicated and strongly conflicted emotions – drive the film forward more so than the plot would have you expect. It’s also a tremendous 4K Ultra HD experience. Highly recommended.